Looking for Arcade games to download for free? Here are the top free Arcade games for PC for 2020, including Star Sky, Bear Bill, Save the Furries, and more. Download only unlimited full version fun games online and play offline on your Windows 7/10/8 desktop or laptop computer. Fast and secure game downloads. 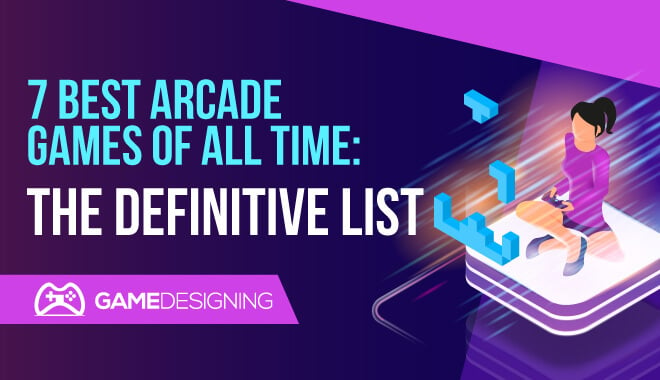 Before home gaming consoles and PCs kept gamers playing in the comfort of their own homes, there used to be long nights by the arcade cabinet. Pouring quarter after quarter in, see if you could beat your friend’s high score; it was all exhilarating. Not only was the experience one of a kind, but the games you could play were unlike anything players had seen up to that point.

Before the golden age of arcade gaming, students at Stanford University rigged a machine to accept coins to play the game Spacewar. Spacewar itself was considered one of the first video games, having been developed and released in 1962 by Steve Russell, Martin Graetz, and Wayne Wiitanen at MIT. The students at Stanford set up this machine with Spacewar in 1971.

Soon thereafter, a pioneer in arcade gaming would emerge.

Nolan Bushnell, a game developer, formed the iconic Atari in 1972, opening the doors into the gaming golden age. Atari would become famous with the release of Pong, considered to be a high watermark in gaming history.

Games like Pong and Spacewar were set up in gaming cabinets; large compartments in which the electronic components of the game would reside. These cabinets and coin-operated machines would be found in malls, pizza parlors, and other social gathering spots in the late 1970s into the modern-day.

Why Do They Still Thrive? 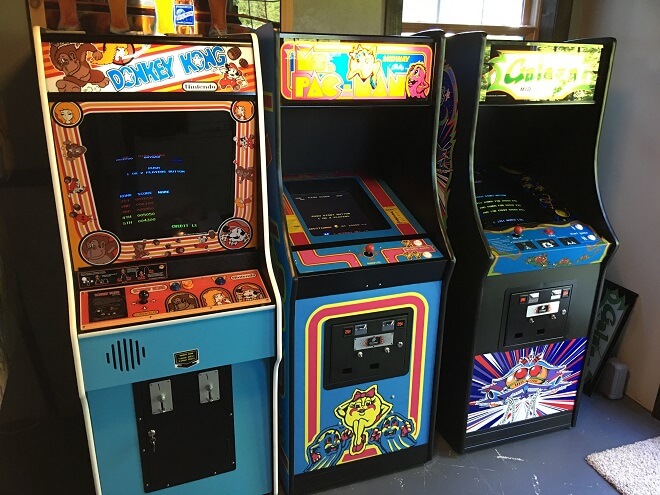 Arcade gaming experienced ups and downs throughout the years, possibly more than any other video gaming medium. They nevertheless survived the flow of time. How do arcade games still thrive in today’s world in which a gamer can virtually have any game at their fingertips?

For many, it is a unique experience that they can’t get at home. The atmosphere, sounds, social aspects all appeal in some way. Furthermore, certain games are better designed for the arcade control scheme and environment.

With the rise of gaming tournaments, fighting games have found their home with arcade-gaming lovers. This is primarily due to the release of Street Fighter II. But more on that later on.

Arcades have been through so much, and some of their games defined the world of video games, influencing countless games to come. Here are the best…

Best Arcade Games of All Times 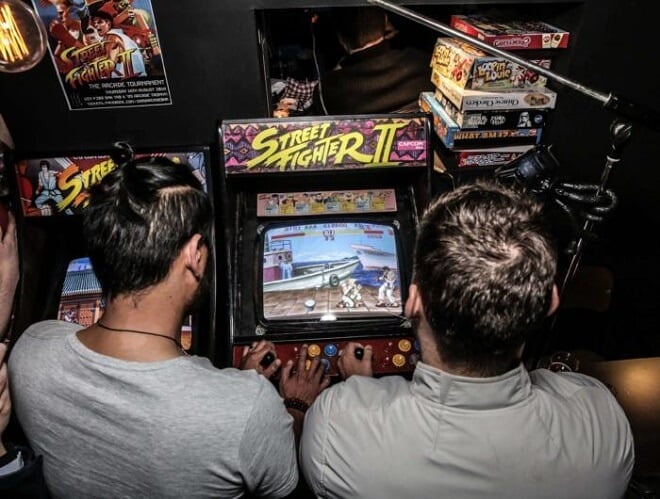 No one remembers the first Street Fighter, which is fine. The sequel, released in 1991, is where this franchise shines. Along with colorful characters, tight controls, and a killer soundtrack, Street Fighter II defined fighting games. The second game in the series was released and rereleased an obscene amount of times; remasters of remasters.

If you have ever played the game, you will immediately understand why the game has such longevity. Just pick a unique character like the Brazilian Blanka and go to town on your opponents and I dare you to try and turn it off. You can’t!

Add this to the arcade environment where people crowd around the Street Fighter II cabinet, challenging foes, placing bets, and earning bragging rights.

The series is fully modernized now, with its latest iteration appearing in the form of 2016’s Street Fighter V for arcade, PS4, and PC. While it was favorably received, Capcom released an updated version, Street Fighter V: Arcade Edition in 2018. People enjoyed this update as it updated things like the user interface and gaming modes. 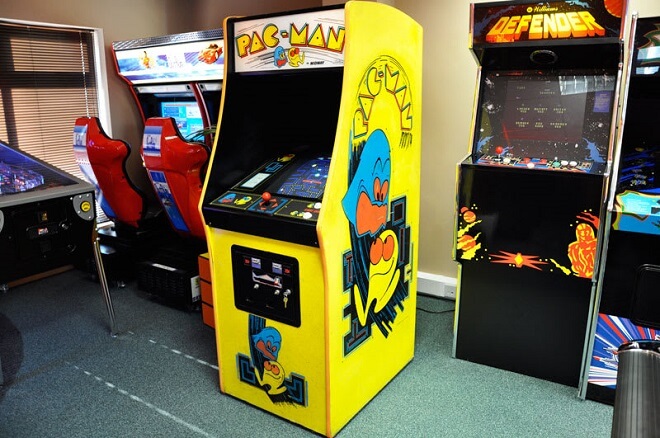 If you were a gamer in 1980, you were about to have one of the most important moments in gaming unfold right before your eyes. With Namco’s release of Pac-Man, arcade gaming experienced one of the biggest booms it would ever see.

The game, where the player controls the titular little yellow circle Pac-Man, was a face-paced maze adventure. The player needed to consume all of the dots all over the maze while avoiding the different colored ghosts: Inky, Blinky, Pinky & Clyde. Level after level has you avoiding these cutesy foes, and it can get pretty frantic. Pac-Man can activate the energy dots which turn the ghosts blue, allowing Pac-Man to eat the ghosts, scoring even more points.

This is a classic game where people battled relentlessly over high scores. Over the years, Pac-Man found its way to many different platforms. I remember playing a browser version in middle school during study hall. I blame Pac-man for my terrible Algebra grades!

The interesting fact about Pac-man is that it was never designed to end. That’s right: no end.

You could theoretically just keep going until you lost all your lives. This has caused fierce competition, with people vying for the ‘perfect’ Pac-Man game, where one must not lose any lives while making it through 255 levels. The 256th level is a glitch, called the split-screen. It is the result of a bug in the system, and if one beats the 256th level, you would be counted among the skilled few to achieve this feat.

Player Billy Mitchell would be the first to accomplish this insane challenge, scoring 3,333,360 points in around 6 hours. The challenges to one-up other players have kept Pac-Man and its other variations on top of the heap in arcades. 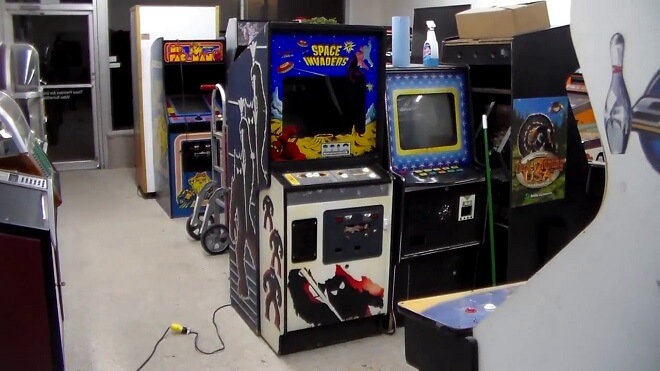 Even before Pac-Man, 1978 marked perhaps the biggest shakeup in gaming.

Space Invaders, developed by the Japanese company Taito, (and eventually Midway in the United States), is a graphically basic game in which the player is tasked with stopping the space invaders from reaching the bottom of the level.

You are a lone ship shooting up at a wall of enemies. The enemies increasingly pick up speed, adding a frantic, anxiety-driven form of gameplay that is a lot of fun. The enemies moving faster were the result of the computing powers of the developer.

While programming, the game designer noticed that the more enemies that were vanquished, the faster the remaining enemies would move. At first, he thought he should fix this but ultimately decided to keep it in the final game, adding to its legacy.

Even before 1980, this game sold extremely well. In Japan, Space Invaders made over $600 million and earned the equivalent of $1.7 billion by 1982. Today it is the highest-grossing game of all time, with profits of $13 billion between all of its versions.

What sets it apart from many games of its ilk is its simple yet addictive gameplay. You can just pick up and play and lose yourself in fast-paced gameplay. 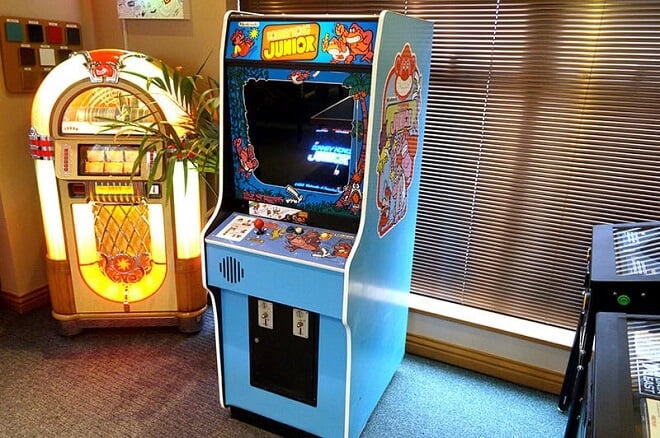 This entry is significant for the fact that it is the first appearance of Mario, but it is also a great game in its own right. You play as ‘Jumpman’, (later to be our favorite Italian plumber), on a quest to the top of a twisted tower of girders to rescue the princess from the evil Donkey Kong.

It is strange to think of the loveable Donkey Kong as we know him today as the main antagonist of a game, but he was there at the top throwing barrels in our way. The player needs to dodge multiple obstacles to beat the level, testing hand-eye coordination and endurance.

This was the first designing effort by Shigeru Miyamoto, eventually becoming the mythical figurehead of Nintendo in years to come. Miyamoto’s colorful and humorous designs paid off: the game was a smash hit, absolutely killing it in the North American market.

An aspect that helped Donkey Kong stay so relevant wasn’t only its cast of characters that would go on to define the platforming genre, but its great sales of the game for home consoles. This helped the game receive new longevity outside of the arcade market.

I remember playing it on my Nintendo Entertainment System when I was 5 and devouring it, (all while being petrified of the goofy monkey trying to stop me in my tracks). Not only is this a solid game, but it proved to be an important game for Nintendo, as it spawned several well-known characters that would go on to star in award-winning franchises.

New games of 2021 (and beyond) to get excited about