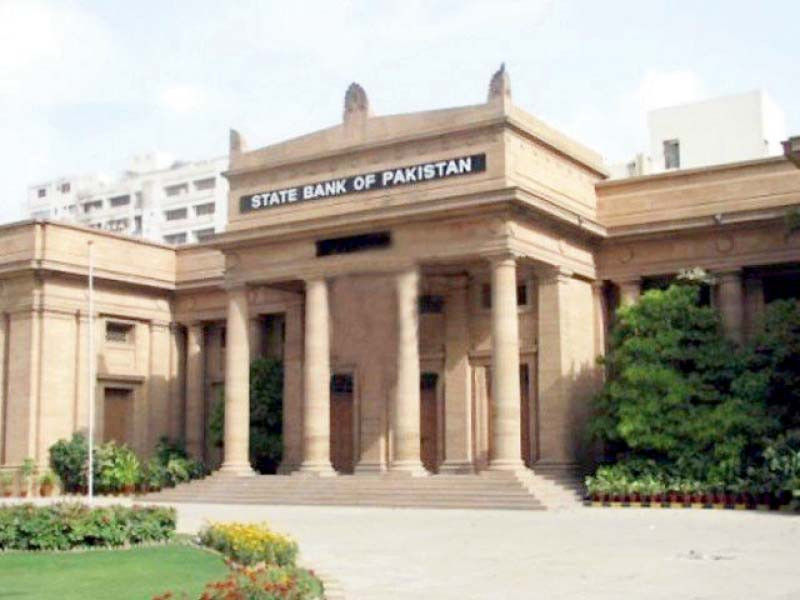 It is a misconception that SBP will be empowered unabatedly through the proposed Act to share financial or non-financial private information with any entity, particularly outside the country, said the Ministry of Finance. PHOTO: FILE

Transparency International Pakistan (TIP) has lodged a complaint with Prime Minister Imran Khan against proposed amendments to the central bank law, which recommends unbridled powers, indemnity from omission and commission and does not ensure accountability.

However, the Ministry of Finance on Wednesday again defended the State Bank of Pakistan (SBP) Amendment Bill 1956 and insisted that the legal changes ensured accountability.

TIP has examined the complaint and the board of trustee has decided to forward it to the prime minister, for review and appropriate remedy, wrote Justice (Retired) Nasira Iqbal, Vice Chairperson of TIP and a noted jurist.

As part of the International Monetary Fund (IMF) loan conditions, the federal cabinet last week approved amendments to the SBP law without discussing these threadbare. Once approved, everything will revolve around the central bank governor, who will be more powerful than many constitutional position holders.

“There is no accountability for SBP in case the bank fails to ensure price stability,” according to TIP. It also highlighted that even the Ministry of Finance was opposing some of the amendments including the SBP governor as chairman of the board “but eventually accepted it”.

By adding Clause 52 to the bill, the SBP governor, deputy governors, officials and board members have been relieved of any responsibility for the decisions made in good faith and no legal action will be taken.

“Any violation made by the former SBP heads and officers will be neglected completely,” according to TIP.

However, the finance ministry has proposed amendments for past actions, which according to the sources will give protection to the former governor and six other officials from a case being investigated by NAB and possible protection from any investigation into hot foreign money inflows of over $3.6 billion.

But the finance ministry said that indemnity provisions also existed in other domestic laws. Laws of several central banks specify that action or proceedings cannot be instituted in any court for the purpose of securing the review or revocation of order of the central bank.

A review of 20 central bank laws across the globe including Saarc countries (India, Bangladesh, Sri Lanka, Bhutan, Nepal and the Maldives) shows that specific provision of indemnity to the senior officials and staff against actions taken in good faith is aligned with international standards, said the ministry.

Furthermore, it is incorrect to say that bodies like NAB and Federal Investigation Agency (FIA) will not have jurisdiction in the case of SBP officials. The only change is the requirement of approval of the SBP board to initiate proceedings, said the finance ministry.

It is a misconception that the SBP will be empowered unabatedly through the proposed Act to share financial or non-financial private information with any entity, particularly outside the country, said the Ministry of Finance.

It said that exchange of information through mutual Memorandums of Understanding (MoUs) was a common international practice and central banks entered into MoUs for sharing information both with domestic and foreign regulatory bodies.

The finance ministry said that such sharing of information was necessary for effective supervision of subsidiaries and overseas operations of financial institutions across jurisdictions.

The SBP Act is making the SBP autonomous but also making the government of Pakistan subservient, not only to the SBP but to the IMF as well, said Professor Dr Shahida Wizarat, who also wrote a letter to the prime minister on Wednesday.

The finance ministry insisted that the proposed amendments also had a specific new clause on accountability, which ensured that the SBP was answerable to parliament.