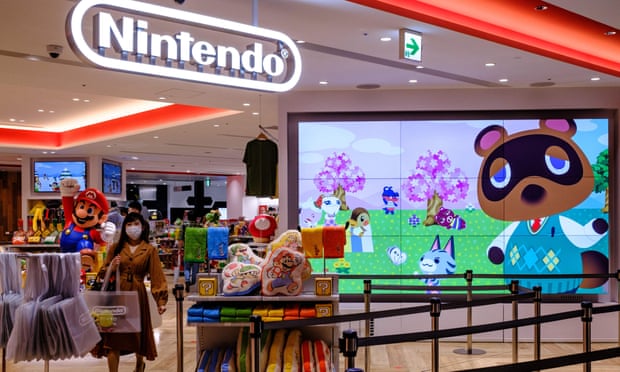 This Christmas has been the biggest ever for the video games industry, as lockdown, technological leaps and new consoles combine to bring more interest than ever to the sector.

By contrast, Sony and Microsoft are notoriously tight-lipped about player counts for PlayStation and Xbox, but both entered the festive season with much to celebrate. The two companies continue to sell their new consoles, the PlayStation 5 and Xbox Series X & S, as fast as they can make them, a fact that has caused no small amount of stress for households trying to secure one of the coveted machines to leave under the tree.

Nintendo, content to play by its own rules, has not announced plans for a replacement to its phenomenally successful Switch console. Nor does it need to: in November, the company outsold both Sony and Microsoft in the US, according to figures from the NPD Group.

In a year when few had cause to celebrate, Nintendo was one of the first to see an upside of the new normal. The company’s pastoral life simulator, Animal Crossing: New Horizons, was released on 20 March, just weeks after much of Europe and America entered lockdown. The game, already a widely anticipated title, united more than 11 million people around the world, as they gathered in its gentle islands filled with anthropomorphic animal friends and a cut-throat tanooki banker to trade turnips.

Currently the highest-selling Switch title ever, Animal Crossing remains hugely popular even after the hype wore off. In September, the game became a stop on the Joe Biden campaign trail – the first, and likely the last, politician to do so, since Nintendo went on to ban political activity in the game.

Animal Crossing was just the first of many shared online spaces that made up for the absence of physical opportunities for socialising in the lives of the locked-down. British developers Mediatonic saw its own breakout hit with Fall Guys, a cross between Fortnite and cult TV classic Takeshi’s Castle. Up to 60 multicoloured blobby players – dubbed “jellybeans” by the community – compete to make it through fantastical obstacle courses, with one crowned the eventual winner.

The game, released free to subscribers of Sony’s PlayStation Plus service and also available on PC, was an instant success. Joe Walsh, one of the game’s developers, attributed it to “good, wholesome British comedy, on a scale that has brought a lot of joy, a lot of colour and a lot of distraction to people’s lives”.

Less wholesome was Among Us, autumn’s breakout hit. A tense affair of hidden identities and murders in a space station, it plays out as an online version of the party game mafia, with one or two players secretly assigned the role of Saboteur, and commanded with wrecking the mission – without being identified. In October, Among Us was catapulted into mainstream awareness when US congressional representatives Alexandria Ocasio-Cortez and Ilhan Omar joined a game, bringing with them millions of viewers on the streaming platform Twitch.

Not every milestone in the industry was down to the peculiarities of pandemic gaming, however. Other trends combined to make the year truly remarkable. Chipmaker Nvidia, once known primarily as a creator of specialist technology to boost the performance of gaming PCs, achieved huge commercial success over the second half of the last decade by reshaping itself as a provider of chips for AI computing.

As well as spending some of that windfall on a takeover bid for British chip designer Arm, this year it reinvested in its gaming roots. The result, a set of graphics cards for PCs released under its GeForce brand in December, created as much excitement (and as big a mismatch between supply and demand) as the release of the new consoles had just weeks before.

But, he says, the future is rosy. The next year should bring “a wider variety of game companies making an increasing range of different games for an ever more diverse audience. More people, and more distinct demographics, will continue to embrace games, which can be platforms for all kinds of experiences.”