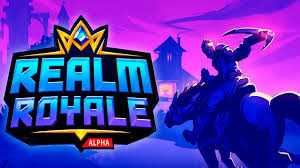 The new trailer for Sonic the Hedgehog is here. This isn’t technically the first trailer–that appeared back in April–but it does give us the first look at the redesigned Sonic. That initial promo was met with much criticism for the way Sonic looked, so the filmmakers took the unusual step of delaying the film to give its Hedgehog star a complete makeover.

It’s quite clear from the very start that the redesign has essentially made Sonic look way more like the familiar video game character, and less “realistic.” While the initial design made Sonic seem more human, presumably to fit in better with the movie’s real actors, this one has a pure comic book look, with much bigger eyes and mouth, and cartoonish limbs. As for the movie itself, it still looks like huge fun, and there’s lots of footage that wasn’t in the first trailer. Check it out below.

Sonic the Hedgehog hits theaters on February 14, 2020, having been pushed back from this November. Sonic is voiced by Ben Schwartz (Parks and Recreation), with Jim Carrey as Dr. Robotnik. Westworld’s James Marsden will feature as a state trooper who catches onto Sonic’s super speed.

Director Jeff Fowler was very quick to address the criticism of Sonic’s appearance after the first trailer. Within a day, he had tweeted that the character would be redesigned, with the date change announced soon after to allow for the extensive extra VFX work.