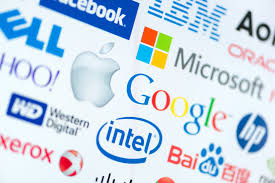 If you keep track of these things, you’ll note that the list of the world’s top 10 technology companies continues to be dominated by American firms. However, you’ll also note that two are Chinese firms and that the second on the list is a popular Korean corporation, competing fiercely with the top contender.

The names on this roundup of the top 10 technology companies were extracted from the Forbes Global 2000 List for 2018, which is dominated by the big banks. Although the Global list places the biggest technology company in eighth place, Apple reigns as the leader among tech companies. The Forbes list is based on annual sales, profit, assets, market capitalization, and overall market valuation. (All market capitalization figures below are as of November 1, 2019.)

Remember when Apple (AAPL) almost died? That was back in 1997 when the late Steve Jobs returned to take over the helm of the near-bankrupt company he co-founded. Apple’s mobile communications and media devices are now augmented by a steady stream of revenue from third-party digital content and applications and cloud services.

Few outside South Korea realize that parent company Samsung is, in fact, a conglomerate with extensive interests in everything from shipbuilding to life insurance. As of this writing, it accounts for about one-fifth of all Korean exports. In much of the world, Samsung is best known for its electronics. In 2014, Samsung introduced the Galaxy S5 and the Samsung Gear devices in 125 countries.

After some years in the shadow of Apple, Microsoft Corporation (MSFT) has re-emerged with a drastically revised business plan and a whole new attitude. Although it shows up on the Forbes list as the third-best tech company, its run through early 2019 has put it on top in terms of market cap. It even briefly topped the $1 trillion mark.

Microsoft has moved toward monthly payment plans for use of its ubiquitous Office software and greatly developed its cloud services business. It has entered the hardware business with some success with its Surface line of laptops, which is now marketed alongside the many brands that use the Microsoft Windows operating system.

The company has, at least for now, pretty much ceded the smartphone market to Apple and the makers of Google Android devices. Meanwhile, it has changed its mission statement to reflect a desire to lead the way toward productivity. As of this writing, Microsoft is known to be heavily investing in artificial intelligence applications development.

To this day it’s better known as Google, but it was back in Oct. 2015 that Google restructured itself to create Alphabet, Inc. (GOOGL) as its parent company. In addition to the leading search engine, Alphabet owns all of Google’s side projects, such as life-extension company Calico, innovative technology developer Google X, high-speed internet provider Fiber, and Google’s smart home project Nest. Alphabet also is the owner of Google Venture, which invests in startups, and Google Capital, which invests in long-term projects.

Intel Corporation (INTC) seems to have settled into second place in revenue to Samsung as a maker of semiconductor chips, but its X86 series of microprocessors remains the one inside the most personal computers.

Cloud expansion is also an area of interest for Intel. In a statement, the company indicated that the use of the cloud was a means of modernization for companies. In November of 2016, Intel announced that improvements it had made to its Intel Scalable System Framework would spread high-performance computing to more industries.

Founded in the 1880s to manufacture a patented “computing scale,” International Business Machines (IBM) is the oldest company on this list by a long shot. It remains one of the world’s most respected brands even though it sold its best-known business line, personal computers, to China’s Lenovo in 2005. IBM still makes business hardware and software and has invested heavily in hosting, consulting, and cloud services businesses around the world.

With a monthly average of 2.27 billion active users, Facebook, Inc. (FB) has grown at an exponential rate since its February 2004 founding. Now facing an obvious limit in growth globally, Facebook aims to grow through acquisitions. Notably, these have included Instagram and WhatsApp.

Better known in the US as Foxconn Technology Group, Hon Hai Precision is a multinational electronics manufacturer based in Taiwan. It includes American customers, such as Apple, Amazon, and Microsoft, for its manufacturing services. Hon Hai operates enormous factories in 12 Chinese cities and countries stretching from Brazil to Malaysia.

Hon Hai Precision is the biggest assembler of iPhones.

Technology products and Internet-related services are a mere sideline for Tencent (TCEHY), a Chinese conglomerate. It is, among other things, one of the world’s largest gaming companies and among its largest venture capital outfits. Inside China, Tencent is known for its web portal and instant messaging services. It also holds the Chinese rights to some international franchises, notably purchasing the rights to the James Bond franchise from MGM and the Star Wars franchise from Disney.

Oracle Corporation (ORCL) is a computer hardware and software developer based in Redwood Shores California, specializing in database management systems. Oracle has made significant investments in the future of cloud computing for business. In addition to its software and hardware products, it also offers complementary services, such as financing, training, and consulting. Although at the bottom of this tech list, it was the third-largest tech company in 2018 by revenue.

Trade forex and CFDs on stock indices, commodities, stocks, metals and energies with a licensed and regulated broker. For all clients who open their first real account, XM offers a 15% welcome bonus up to $500 to test the XM products and services without any initial deposit needed. Learn more about how you can trade over 1000 instruments on the XM MT4 and MT5 platforms from your PC and Mac, or from a variety of mobile devices.