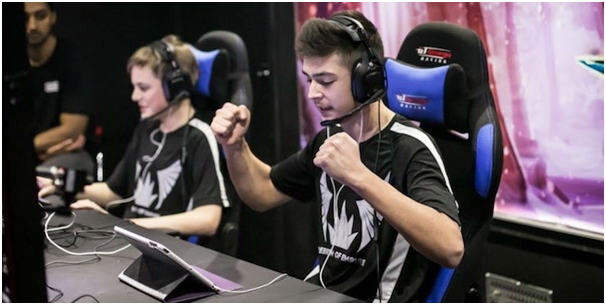 The growth of esports has largely involved only the growing PC market – whilst consoles have had their time in the light, any serious competitor will use the PC instead.  This had most recently been seen in the Call of Duty scene which was once primarily focussed on the console, but now requires players to compete using dedicated PC systems at a venue – but there could be an opportunity for the mobile esports scene to grow and develop a new frontier in esports – but what’s stopping it?

Infrastructure – Any successful venture requires strong infrastructure, and that’s one area that mobile esports is currently lacking – whilst there’s a lot of crossover between how players can interact and how players can join each other, there’s no big central body that will help to organise any growth. In other esports settings, developers typically hold this role, but with mobile gaming being a smaller portion of the overall player base it may not be worth the time to do so, and until figures grow this may remain a slow adjustment.

Players ­– As mentioned for infrastructure, player numbers still remain low which means the investment opportunities may not be readily available –the player number for certain titles has begun to steadily rise but they’re a far cry away from the millions that populate the larger well known games, but with a wider audience and the growth of mobile gaming as a whole it may be not be long until these figures start to catch up, and with a wider demographic it allows for a bigger diversity in not only what is played currently but what may be played in the future.

The games – The big three games of Counter-Strike, League of Legends, and DoTA currently have little to no representation on mobile, and with a large part of the success on the wider audience coming from some esports betting and some large competitions, a clearly defined title needs to emerge in order to start developing  the esports scene on mobile. Names such as Fortnite and PUBG may ring as the biggest available currently, and whilst Fortnite in particular has a huge PC following it may not be the most suitable for mobile – perhaps a new genre will emerge specifically for this purpose or building on something existing, but options for fast paced intricate gameplay are less reasonable than something a little slower and more controlled.

Although there are some hurdles along the way, mobile certainly is the next step for many – it is much more accessible, and much less dependent on any dedicated setup to succeed, the first to the ball will certainly be able to strike big and find the most success but it largely remains on the question of who makes it there first and who is able to do it right whilst being first – mobile esports remains largely untapped, and may be a new frontier in online gaming once technology is able to catch up to fit the requirements needed to do so.