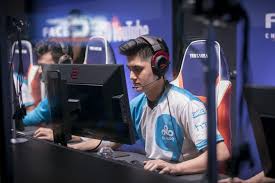 2020 has seen Counter-Strike: Global Offensive grow into one of the most successful Esports titles in the world, and one of the most popular first person shooters in the wider gaming world.

Unique for featuring intense moments of rapid fire bursts just as frequently as long drawn out stages of stalking and strategy, CS:GO has one of the highest skill ceilings of any shooter out there. As such, honing your craft and becoming one of the best players in the world has become a noble goal for every player around the world.

The game’s competitive scene means that this is now a very realistic possibility, with players all around the world now able to play games for real money and establish some especially lucrative careers in CS:GO. Here are some of the highest earning and most successful CS:GO players of all time.

Essentially the star talisman in the most successful CS:GO has ever seen, Device is frequently touted as possibly the best player on the planet, certainly outside of the infamous Zywhoo vs. S1mple debate at least. He first began linking up with famous Danish players such as Xyp9x and Karrigan with the British-owned org Team Dignitas back in 2015, before moving to Team Solomid before eventually going solo and launching Astralis in January 2016.

He has since gone onto become one of the most successful AWPers in the game, surpassing Get_RIGHT’s record for the amount of MVP awards in a single year when he made it seven in a row following the ECS 6 Finals.

From finishing 2014 ranked as the twentieth best player in the world, Device climbed up to second by the end of 2018 and heading into the opening months of 2019. He closed out the last CS:GO Major, StarLadder Berlin, as the MVP of the tournament, adding to the growing list of honours hanging on his mantlepiece at home.

Another one of Danish CS’ most famous exports over the years, Xyp9x began life in the competitive world of Valve’s FPS as a rifler for Swedish org Fnatic back in 2013, but really began to make a name for himself when he joined up with the likes of Gla1ve at Copenhagen Wolves, Device at Dignitas and Dupreeh at Team Solomid between 2013 and 2015.

All of these Danes would come together to form Astralis in 2016 and Xyp9x has gone onto become one of the most consistent and recognisable stars in the lineup ever since.

Xpy9x announced in the spring of 2020 that he would be standing down from Astralis’ active roster on medical leave due to burnout, and would miss the next few months where the side competed in the BLAST Summer Showdown and DreamHack Open. Results with Xyp9x in the side were not good and Astralis failed to make the finals in either event, and even skipped out on the RMR qualifying event, CS_Summit in August.

Thankfully, he returned back to the team in September and things are already looking good for Astralis as they have risen back up to second in the world rankings.

Are you picking up on the pattern yet?

Astralis are the only Counter-Strike side to ever win four Major Championships in the game’s history and the only side to win three in a row over the course. They won the ELEAGUE Major in Atlanta in 2017, the FACEIT London Major in 2018 and both IEM Katowice and StarLadder Berlin in 2019. With each of those Major Championships possessing a prize pool of a $1 million, and not even going into how many other tournaments and titles Astralis have scooped up over the years, it’s easy to see why this list has been filled with the Danish org.

Dupreeh has been one of the most consistent riflers in Counter-Strike since joining up with Astralis in 2016, but has competed professionally ever since 2012. One of the nicest guys in the game, it’s Dupreeh’s cool headedness and professionalism in the server that has proven to be one of the calming influences Astralis have called upon to see them through the high stakes environments over the years that has helped breed their success.