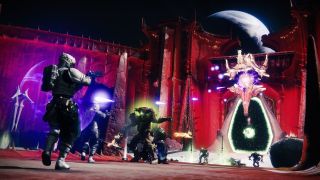 In Destiny 2 your Power Level is a numerical value that represents your character’s strength in Destiny 2. Everything you do in the solar system is about pushing that number up to the power cap. In this Destiny 2: Shadowkeep leveling guide, we are going to cover the quickest way to boost your Power Level, increase your XP, level up additional characters, and make the most of your Seasonal Artifact—Shadowkeep’s new item that unlocks mods through progression.

What happened to my Guardian’s old levels?

Once upon a time you might remember that Destiny 2 had levels for each character. Those levels are now gone. With the release of Shadowkeep, Bungie has decided to close the gap between the casual playerbase and the more dedicated playerbase. What that means is that every character now starts off at a base Power Level of 750, allowing you to play the original Destiny 2 campaigns and expansions without the need to grind out a staggering number of levels or play them in any particular order.

On top of that, Bungie has also totally unlocked all of the skill trees for every character. Previously, you’d need to trudge about all the different planets and complete some quests while slaughtering thousands upon thousands of enemies just to get a few extra perks and a different super. It’s all yours from the get go now, every last one of them.

All you really need to do to take on the more challenging endgame content is increase your Power Level (PL).

How do I effectively increase my Power Level?

Power level 900 to 950: Complete activities that reward you with Tier 1 Powerful Engrams and Exotics.

First, you need to understand what a Power Level is. In Destiny 2 every piece of gear has an associated Power Level. Your overall Power Level is based on the average of the gear your character is wearing. This dictates how much damage you deal (and can take) from enemies. If you’re 20 Power Levels or so below the power level of enemies in an activity, you’ll notice enemies are harder to kill, and hit back harder. If you’re much lower than that then you probably shouldn’t attempt the activity until you have brought your overall Power Level up.

To appreciate the most effective way to increase Power Level, you have to understand how certain invisible level caps affect you. The first cap is the soft cap. The soft cap plateaus at 900 Power Level. Up until this point blue gear and engrams will drop at a Power Level higher than your own. At this stage simply equipping just about everything you find will increase your PL. Unless you’re drowning in upgrade materials, it’s probably not worth infusing blue gear into your best guns and armor until you’re tickling 900.

But once you hit PL 900 world drops will at best match your average overall PL. At this point, the only way to significantly increase your PL is to acquire Powerful Engrams. Powerful Engrams come in two tiers: Tier 1 and Tier 2. According to player analysis Tier 1 engrams give you +3PL, and Tier 2 engrams give you +5PL. Blue engrams will no longer increase your Power Level during this time. Instead, you’ll be pursuing Powerful drops will allow you to progress your character up to the next cap at 950.

The 951-960 stretch is known as the Pinnacle Power Level. To achieve this Power Level you’ll need to earn very specific rewards that can only be achieved  by completing the hardest activities in Destiny 2.

What kind of activities can I complete to gain extra Power Levels?

While there aren’t quite as many as you’d find in Year Two, there’s still a chunk of activities you can take part in. They go as follows:

On top of that you can earn on singular Powerful Engram as a one off through Bungie Rewards, find Prime Engrams throughout the galaxy, complete Exotic Quests for additional gains, and you can also take part in seasonal activities. You’ve got the new Vex Offensive event and the Shadowkeep Raid on the way, too, but we don’t know what type of rewards will be awarded for each of these activities.

It will take between two and three weeks before players start to see the upper echelons of the Power Level curve, but returning players can skip the grind between 750 and 900 by turning in all of their planetary materials at their respective locations to receive gear that will slowly increase their Power Level.

What if I have multiple characters, will this not take a long time?

It doesn’t take as long as you think. If you have one character that you prefer over all others, focus on them first. After you’ve completed everything possible on that character, transfer your high Power Level weapons to the next character.

From there, you’re able to repeatedly buy cheap blue gear from your collection that will incrementally increase your Power Level. While this will cap out at one point, it will stave off a large amount of the grind and act as a quick step before you jump into the Shadowkeep campaign.

Additionally, don’t forget to pull the gear you’ve unlocked from your Season Pass when you’re nearing the smaller increments of your grind for an added boost.

What’s the point in all of this XP I am getting?

Instead of being used to level a specific character, XP is now a resource that levels your account. Whether you’ve paid for the more bountiful Premium Path on the Season Pass or you’ve decided to hold fire and save your money, it all goes into one pot that’s shared across all of your characters.

Everything you do on every character nets you a ton of XP. When you hit level 7 on the Season Pass you’ll unlock a Seasonal Artifact. The Seasonal Artifact serves two purposes; to unlock a maximum of 12 Seasonal Mods specific to the artifact and to contribute a Power Level bonus to your account. Just like the Season Pass, all of your XP gained filters through this Artifact and will net you massive benefits the more you play.

Is there an efficient means of getting XP?

There’s not really a straightforward answer right now. There’s no longer a Fireteam Medallion to boost your XP, so you’ll need to rely on an XP boosting Ghost, should you have one.

Beyond that, all you can do is complete your eight daily bounties per vendor, excluding the Gunsmith, power through the campaign, and kill anything that stands in your way. Over time you’ll see the XP flow in, but the higher levels in the Artifact will gradually slow down due to increasing XP requirements per level.

And there you have it, a reasonably quick overview of how to level up in Shadowkeep. It won’t be long until your flexing that additional Seasonal Artifact PL bonus in the raid and pushing through Master Difficulty Nightfalls. Until then, don’t forget to pick up your bounties.