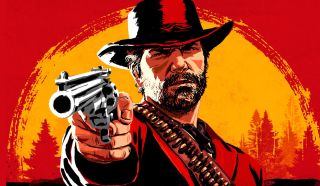 Today, Rockstar finally confirmed the news PC cowboys have been waiting for: Red Dead Redemption 2 will release on PC. Few details were revealed in the announcement, but the studio did commit to a release date of November 5, with special bonuses available to players who pre-purchase through the Rockstar Games Launcher starting October 9th.

We’ve long suspected that Rockstar would bring RDR2 to PC, the same way it eventually sent GTA 5 our way after a period of console exclusivity. There have been a few tells since 2018, too, with minor leaks all pointing to an eventual announcement.

The PC version will, according to Rockstar, feature visual and technical improvements, as well as a bunch of new bounties, gang hideouts and weapons.

I’m also excited at the prospect of mods. Rockstar hasn’t officially supported GTA modding, but that hasn’t stopped anyone from sticking Iron Man into the game, creating GTA Online roleplaying mods, and tinkering with the graphics.

In addition to the Rockstar Games Launcher, RDR2 will also be available on Epic Games Store, Green Man Gaming and the Humble Store, with pre-orders for those versions available October 23. Here’s the surprising thing: the Steam version won’t be available until December.