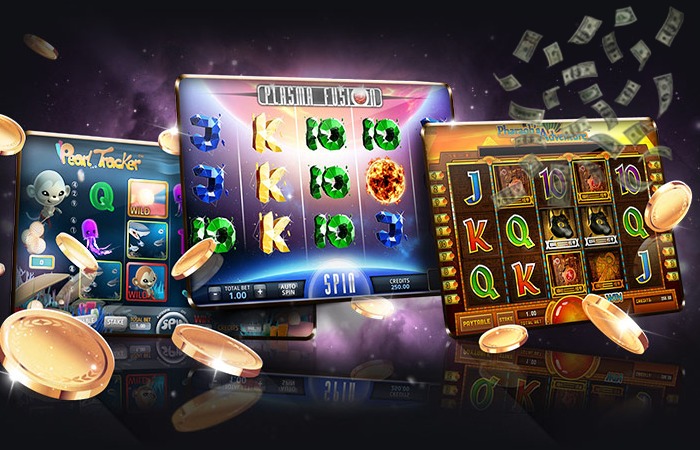 Leap into the brave new world of the future and try your luck at these unmissable futuristic slots, which offer a titillating blend of immersive gameplay, cosmically cool graphics and potentially meteoric prizes – play Fluffy Too

This out-of-this-world slot game from Black Pudding Games made a name for itself as the world’s first Orbital Reactor slot, using symbols triggered on the Orbital Paypath to potentially unleash unlimited payouts, thanks to an escalating win multiplier.

Set against a backdrop of darkest space, complete with meteors sailing by, Aeterna is made even more compelling by its Twin Win Booster Bonus and Free Spins round, complete with retriggers and doubled winnings.

Electric Elephant’s recently released Super Boost transports you to a futuristic space arcade, complete with celestial soundtrack that is sure to get you in the mood for some intergalactic gameplay. Perhaps inspired by Starburst, this highly volatile slot comes with 5 reels, 5 rows and 40 paylines, and has an RTP of 96.25%. Its cascading wins feature gives you the chance to ascend the multiplier ladder, and grants you the jaw-dropping potential to nab up to 200,000x your stake. If that won’t have you soaring among the stars, nothing will!

Set in outer space, Diamond Vortex is a unique 7-reel slot game developed by the bright minds at Play ‘N’ Go. This high-volatility slot has an RTP of 96.2% and potential max winnings of 5000x your stake. With its crisp colourful graphics, hexagonal grid, sticky wilds, and impressive selection of features, Diamond Vortex has more than its fair share of cosmic charms – and that’s before you even reach the Free Spins round.

This high volatility 7-reel slot from ELK Studios is set on a space station denied entry to Earth and rerouted towards Jupiter instead, where it falls into the orbit of the planet IO. This backing narrative and the stunning celestial graphics combine to make a particularly engaging slot, but there are plenty of other reasons to play IO – among them its unique avalanche feature and free spins.

The minimum bet per spin for this game is 20p and the maximum is £100. If you are lucky, you could walk away with total winnings of 5000x your stake.

Prepare to be whisked away to a futuristic cityscape populated by hardened human warriors when you opt to play Machina Megaways, a 6-reel, 6-row video slot which is the result of a deal between Kalamba Games and Big Time Gaming.

Offering you over 46,000 potential ways to win, not to mention high volatility and an RTP of 96.56%, Machina will dazzle you with its high quality graphics and engaging gameplay, and keep you hooked with special features such as three progressive jackpots and a Hyper Bonus buy option.

This concludes our selection of the top futuristic slots you really need to play – so what are you waiting for, slip into your space suits, don your jet packs, and prepare for some truly out-of-this-world adventures!