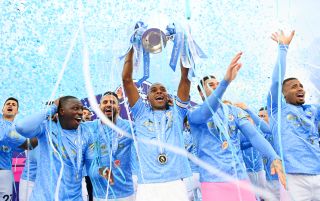 The Premier League is the best league in the world, which also makes it the most fun to watch. There’s a high level of intensity every match, and nearly every round an underdog manages to get a result versus one of the favourites. In this blog, we’ll highlight some events that might seem impossible, but certainly aren’t.

Arsenal is part of the traditional top 6 of England, which makes it strange to think that they would be candidates for relegation. However, this is the case. Arteta doesn’t bring the level of football that most Arsenal supporters would like to see, which results in some pretty bad results so far. This, combined with the fact that nearly every Premier League team has a solid squad this season, makes Arsenal possible contenders for relegation. Every team could see a result versus Arsenal this season, whether it’d be a home game, or an away game.

Before this season started, Brighton were seen as one of the weaker teams, and definite relegation candidates. It was some kind of a miracle that they even managed to survive last season. However, they did, and this season they’re looking fairly strong. What most people don’t know is that Brighton is one of the best teams in the Premier League when it comes to creating chances. If they manage to score a good amount of those this season, it’s fair to say that they could end top 7, which would actually see them qualifying for European football.

Manchester United to be champion

This one might seem far more likely than the other two, but consider the opposition Manchester United are facing this season: Chelsea are as strong as they’ve ever been, Manchester City is always a candidate for the title and this season Liverpool and Tottenham Hotspur are also looking very strong. This makes that Manchester United aren’t favourites, as of right now. However, we could see them winning the league. Man. United have an incredible team, with of course, Cristiano Ronaldo as the highlight: a player that plays to win, and will be disappointed if he doesn’t. This could take Manchester to the level that it needs to win the league.

If you have faith in one of these events to happen, it’s possible to place a bet on it. One way to do this is by using an application with a Premier League API by Sportmonks, for example Betting Kick. API’s by Sportmonks are reliable API’s, which will always provide you with the most up-to-date odds, and other information that’s needed if you want to place the perfect bet.