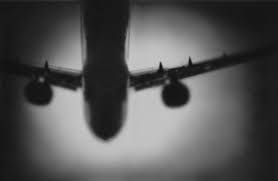 S  amya Stumo liked to ride pigs. This was on her family’s farm, in Sheffield, Massachusetts. Caring for the pigs was one of her chores, so she would hop on an old, dilapidated Army jeep and drive a water tank to the sty, where she would fill the troughs and take a ride. She was nine years old.

Samya had always been precocious. She started playing cello when she was three, the year before her younger brother, Nels, became ill with cancer. When her mother, Nadia Milleron, returned from the hospital one day, Samya told her that she had learned to read.

Nels died, at the age of two, shortly after Nadia had another son. The loss played a role in Samya’s eventual choice of studies: public health. So did the strain of activism in her family. Her mother’s uncle is Ralph Nader, the transportation-safety crusader turned progressive advocate and third-party Presidential candidate. Her father, Michael Stumo, who grew up on a farm in Iowa, made frequent trips to Washington to lobby for small manufacturers and family farmers.

For Samya and her two surviving brothers, the family ethic was clear: seek justice for the disadvantaged, even if it means challenging authority. Samya could carry this to comic extremes. On a camping trip, she mounted a tree stump and inveighed against the family’s patriarchal dynamics, while everyone else, suppressing laughter, hurried to set up before dark.

In 2015, Samya graduated from the University of Massachusetts and won a scholarship to pursue a master’s degree in global public health at the University of Copenhagen. Afterward, when she was twenty-four, she got a job with ThinkWell, a nonprofit based in Washington, D.C., which works to expand health coverage in developing nations. ThinkWell sent her to East Africa to open offices there. The night before she left, earlier this year, she had dinner with Ralph Nader and his sister Claire.

During a stopover in Addis Ababa, the capital of Ethiopia, Samya texted her family to say that she would arrive in Nairobi in a few hours. Then she boarded Ethiopian Airlines Flight 302. She sat in Row 16, beside a Somali-American trucker from Minnesota. There were a hundred and forty-nine passengers, from thirty-five countries, and eight crew members.

The plane, a Boeing 737 max 8, took off at 8:38 a.m., on March 10th. A minute and a half later, it began to pitch downward. A sensor on the nose had malfunctioned, triggering an automated control system. The cockpit filled with a confusing array of audio and visual warnings. The pilots tried to counter the downward movement, but the automated system overrode them. Six minutes after takeoff, the plane dived into the earth at five hundred and seventy-five miles per hour, carving out a crater thirty-two feet deep and a hundred and thirty-one feet long, and killing everyone on board.

That day, Stumo, Milleron, and their younger son, Torleif, flew to Addis Ababa. The crater had been cordoned off, but Milleron and Tor rushed past the barrier. “It was mostly dirt,” Stumo said later. “Where’s the plane? Where’s the pieces? This plane had just buried itself right straight into the ground vertically and just disintegrated.”

This was the second crash of a 737 max in five months, after a Lion Air jet plunged into the Java Sea, in late October, 2018. Investigators quickly focussed on the automated system that had pushed down both jets, a feature new to this model of the 737. But a counter-narrative gained force, too: that the crashes were, above all, the fault of insufficiently trained foreign pilots. “Procedures were not completely followed,” Boeing’s C.E.O., Dennis Muilenburg, said, at a contentious news conference in April.