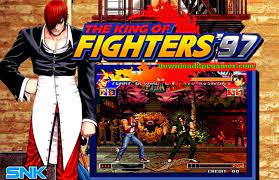 The King of Fighters ’97 Emulator—also known as Matsu Player—is a free mobile video game utility software that allows you to play games from various consoles on your mobile device. This handy little emulator supports 11 platforms—all based on various other free emulators. To use it, however, you’ll need to get your own copy of games to load into this app. Unlike Fire GBA Emulator, it doesn’t provide you with the games themselves.

Jack of all trades

Despite its name, The King of Fighters ’97 Emulator isn’t actually about The King of Fighters ’97 (KOF ‘97) arcade fighting game itself. It’s simply a mobile emulator that lets you enjoy console games on the go instead of using ones like Citra and PPSSPP. The big advantage of this one is that it can accommodate games for different platforms instead of having one specialization, like with Citra being for Nintendo 3DS and PPSSPP for PlayStation Portable.

The app’s interface is straightforward and easy to use. You have a blank screen that will display supported games once you loaded them in. The bottom bar contains the search tool that will scan your internal and external storage for supported files, the File Explorer button for manual searching, the Help button for installing the files, and the platform button. The top-right corner lets you fiddle with the settings. However, this tool tends to load games slowly.

All in all, The King of Fighters ’97 Emulator is a nice alternative if you want an emulator that can handle different consoles. While the downside of this is that it’s not as optimized in fast-loading games as other emulators, it can still run them as long as your mobile device isn’t heavily bogged down when it comes to storage. You’ll have to look for the games yourself, though.